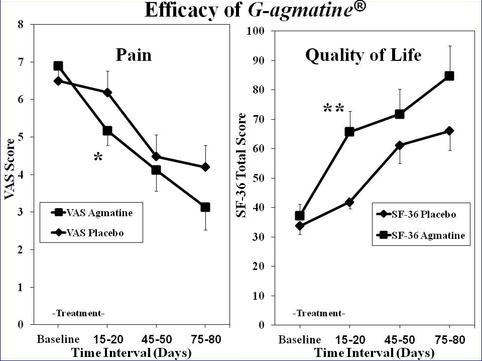 *Welcome. This is an introduction to the science and research behind our products for nerve health. The text is edited in compliance with the Food and Drug Administration (FDA) regulations, which disallow certain advantages of dietary products to be fully expressed. You may contact our scientists with any question about scientific research related to our products. Please email (info@ForNerveHealth.com), use the 'Contact Us' form, or call (toll free) 1-888-484-4523, or 1-512-948-7040 (9:00 AM to 5:00 PM Pacific Standard Time, Monday through Friday).​​​ 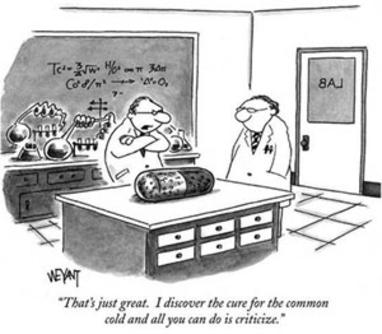 The nerve cells, called neurons are the main players in charge of performing nervous system functions. Neurons are interconnected by their axons, long fiber extensions responsible for transmitting information in the form of electrical signals. Neurons receive signals from organs of the body and sense the environment. After processing that information they coordinate the proper response of the various body organs.

Neurons, both in the CNS and the peripheral nervous system, are vulnerable to alterations in environmental conditions. Neurons may succumb and die as a result of lethal genetic changes or harsh environmental insults resulting in permanent functional alterations or complete loss of functions. In other words, functional recovery ultimately depends on nerve cell resilience and capability to survive and recover.

Clearly, maintaining nerve cell resilience is mandatory for nervous system health. One way this may be achieved is by providing fortifying nutrients directed at sustaining the cell's own molecular mechanisms that underlie the viability and survival capabilities of neurons.

In ground-breaking laboratory experiments, Dr. Gad Gilad and Varda Gilad the founders of our company, discovered in 1994 that the unique molecule agmatine is endowed with robust neuroprotective properties for nerve cell survival.

Their discovery led to clinical trials, which demonstrated that dietary G - Agmatine® (Gilad&Gilad's proprietary brand of agmatine) is safe and most effective molecule supporting nerve health and a good quality of life, for which normal peripheral nerve functions are fundamental (Keynan et al., Pain Medicine 11:356-368 2010).

A selective reference list of scientific articles is available at the end of "Agmatine" section on this page.

For further health-related information, please refer to the LINKS section

The structure of peripheral nerves may be compared to a cable containing numerous axons. Signals propagate from the body organs to the spinal cord and brain and then back along these axons.

Various factors can jeopardize peripheral nerve function. Some are more localized or focal, affecting only few nerves, but other factors are more pervasive, influencing nerves throughout the body.

An example of focal factors' importance, is proper spine-nerve structure/function relationships, which are critical for normal sciatic nerve functions. Challenges to normal functions of this nerve, which innervates the leg and foot, are highly prevalent, affecting 2% to 3% of the population. An interesting anecdote is the description by the novelist and Nobel laureate Hermann Hesse of coping with sciatic nerve functions in his novel Kurgast (1925). Another common example is the importance of proper structure of the carpal tunnel in the wrist for normal functions of the median nerve of the forearm and hand. Yet another example is proper function of the facial nerve (the 7th cranial nerve), which controls the tongue's sensory functions and the muscles in charge of facial expressions. Further information may be found at: http://www.acatoday.org. 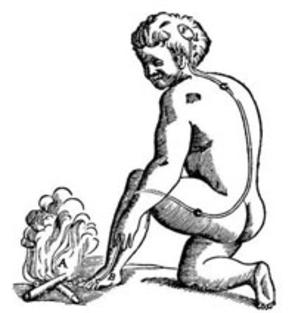 Health-related predicaments carrying widespread threats to normal nerve functions throughout the body include:

• Metabolic functions such as: glucose or amino acid metabolism.
• Nutritional requirements such as: low vitamin B12 intake or vitamin B6 surplus.
• Infections.
• Toxic drugs.
• Heredity.
• Environmental toxins. Further information may be found at:

Overweight is a pertinent example of a widespread predicament that precipitates not only focal changes, such as spine-nerve structure/function relationships, but also general metabolic functions, such as control of glucose metabolism, thus posing a direct threat to normal nerve functions throughout the body.

Maintaining healthy metabolism - Healthy metabolism is critical for proper nerve functions. Maintaining healthy metabolism is a dynamic process regulated according to varying energy demands of organs throughout the body in response to changes in the external and internal environments. This fundamental process, termed homeostasis, was discovered in the mid 1800s by Claud Bernard, the father of modern physiology. For example, imbalance of glucose (sugar) homeostasis can lead to dire changes in normal nerve functions.

Such changes in health-related circumstances have characteristic effects on nerve functions including changes in perception, temperature and touch sensations and in nerve-dependent muscle strength. Further information may be found at:

Unfortunately, more than 20 million people in the United States alone cope everyday with circumstances that may pose great challenges to peripheral nerve functions. The Gilad's findings, therefore, have wide implications for a multitude of people worldwide whose need for an  effective dietary supplement to support their nerve health remained unmet until now.

A selective reference list of scientific articles is available at the end of "Agmatine" section on this page. 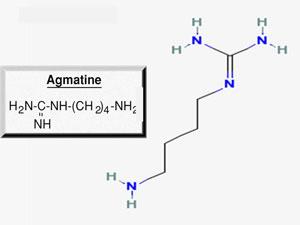 Discovery - Agmatine, a metabolite of the amino acid arginine, was discovered in 1910 by the Nobel laureate Albrecht Kossel. It is naturally produced by decarboxylation of arginine and therefore, sometimes termed decarboxylated arginine. Agmatine is widespread in nature and is found in microbial organisms, plants and animals.

Presence in Foodstuff - Agmatine is present in foodstuff derived from plants, fish, and meat. It is found in relatively high levels in the gut and production by gut-dwelling bacteria (microbiota) is considered an important agmatine source. Agmatine sulfate, the commonly used salt of agmatine, is absorbed by the gut and distributed in the body including the nervous system.

Like with arginine, which is a semi-essential or conditionally essential amino acid, depending on their health status, individuals who have poor nutrition or poor metabolic conditions may be advised to increase their intake of agmatine.

Protective Effects - Laboratory experiments showed that treatment with agmatine exerts beneficial effects on various bodily functions. Seminal studies in the early 1920s demonstrated the mild reduction of blood glucose by agmatine. Further scientific research however, was renewed only years later. Of specific interest, is the substantial body of evidence beginning in the 1990s, demonstrating the beneficial effects of agmatine on the nervous system. These include the breakthrough discovery of neuroprotection by the Gilads and discoveries by others of proper control of pain sensations and of behavioral response to stress.Mild reductions in blood glucose and in blood pressure and heart rate, are additional beneficial effects that may be contributory to agmatine's salutary effects on the nervous system. Additionally, agmatine may exert beneficial effects on the cardiovascular system and kidneys.

-- Remarkably, the 2010 publication of the clinical trials coincided with the centennial of agmatine discovery by Albrecht Kossel in 1910, and established G - Agmatine® as a safe and most effective dietary ingredient.

Recent studies further confirm agmatine lack of toxicity (Gilad and Gilad, 2013) and long-term safety (Gilad and Gilad, 2014). Moreover, no adverse events have been reported in post-marketing surveillance of thousands of people who are taking the recommended high dose of agmatine (2.67 gram/day) in the form of AgmaSet® capsules continuously for extended periods of time (years).

A) In contrast to other dietary ingredients (including B vitamins or antioxidants), agmatine is endowed with exceptionally broad molecular effects that enable its general beneficial effects for a wide spectrum of challenges to nervous system health.

B) There is no evidence that agmatine has any effect on building muscle or exercise performance. Touting agmatine-containing products for bodybuilding is completely unsubstantiated and such claims are outright false and deceiving. 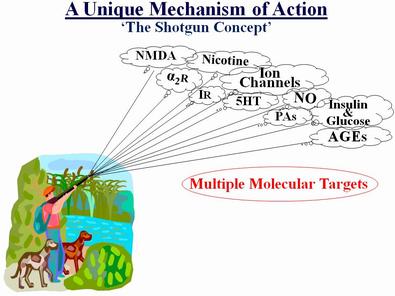 Present Research Efforts - Gilad&Gilad is presently engaged in conducting more clinical trials to substantiate the effectiveness of G-Agmatine® in other nervous system-associated functions.